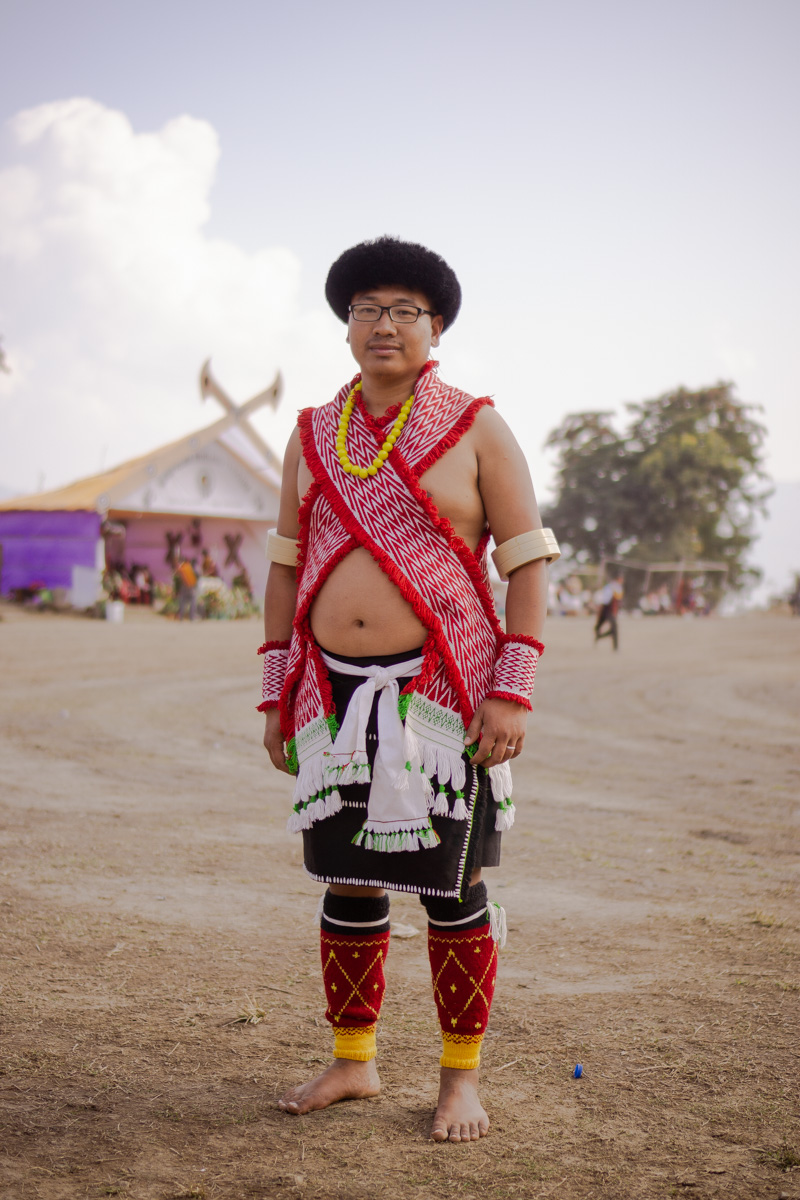 “The photographs become visual records; small snippets into the subjects world, capturing a sacred moment of vulnerability of the person you are photographing.”

From early beginnings of falling in love with photography in his grandfather’s darkroom to cycling across the globe to raise awareness of the charity Help Refugees, photography has been a big and constant part of Haydn Ward-Streeter’s life. Now, looking to further his practice and immerse himself more in the professional world of photography, Haydn is one of six recipients of the inaugural Darwin Mentorship.

Recounting the people that inspired his passion for working behind the camera and the people and projects he has encountered across the world, it is evident that human connection and unique nature of everyone’s individual stories is a pulling force for him. Haydn’s images create a rounded snapshot of the subject, with the emotive, human pull shining through to the viewer. Marrying a beautiful colour palette with strong portraiture that tells a story about the individual.

Read on to get a taste of Haydn’s work for yourself and start following him on his mentorship with us.

Where did your love of photography start?

Probably from my first visit to my grandad’s darkroom, which he made in the loft of his house. Photography has been a passion in the paternal line of my family for generations. But I was also lucky to be the first in my year at school to pick Photography as a GCSE, along with the three other students that picked it. We had to get a taxi to another school twice a week, to have the lessons and have access to a darkroom. It was also at this school that I had a really inspiring teacher called Miss Faricey. But my first personal memory of love with photography came from an early feeling of curiosity with the medium and how it can encapsulate a sacred moment in time. This really struck a chord with me, having been diagnosed with dyslexia from the age of six, I have always processed the world in a visual way.

While taking photographs for your project Cycle for Love, what was your method like? Was it quite random and “seeing where it takes you”, or a more planned and scheduled approach?

The Cycle for Love project was a three year journey cycling from the UK to New Zealand to see the world and raise funds and awareness for the charity Help Refugees. The method of taking photos throughout was a mixture. I shot a planned project in Athens while I was there, which formed into Beyond Borders, a series of portraits and Q&A’s looking at some of the people at the forefront for change in the refugee climate, specifically in Athens, Greece. Other work shot on the road was more fluid and I mainly just began by taking photos of things that caught my attention. Then I started to piece things together along the way, like a series of highly decorated Nepali trucks that I began documenting. I would often look back at the work I had been making and then see in retrospect which narratives were arising. I also really found myself gravitating towards portraiture as so many people that we encountered along the way were fascinating characters and I really progressed my process of gaining the trust of a subject and taking their picture.

You mentioned shooting with both planned and unplanned methods of practice, what feels most comfortable and prefered for you?

My preferred methodology would have to be planned, but from structured beginnings I am then very open to seeing where the work flows, without tight restrictions. I have an editorial style personal project coming up, and I will take a more fluid and experimental approach for this. On the other hand I have a plan for a portrait series, which will take a more planned approach. It definitely depends on the project in hand, but a certain amount of planning is always needed in my work to get it off the ground.

Your images tell some great stories, really resonating with the old saying “a picture speaks a thousand words”. What are some of the moments behind the images that stick with you the most?

The series of images I’m working on at the moment is from a time that really stuck with me. We were cycling through the Nagaland region of North East India and we were invited off the road to join a tribal festival, which we found out only happens every five years. The different tribes were gathering from the neighbouring towns of Nagaland and are well known for a history of headhunting which was only abolished in the 60’s. During the festival, each tribe would stand in a circle and compete in a harmonious throat singing contest, singing faster and faster until reaching a crescendo where they would fire their guns into the sky. I was drawn to the younger generations that although appeared adorned in centuries old traditions, showed subtle signs of growing up in a more Western-influenced and globalised world.

Cycle for Love, and your photography practice seems intrinsically linked with human connection, how has the Covid pandemic altered your approach to photography?

Yes indeed, when you open yourself up to be so vulnerable on the road to strangers, staying in a tent, cycling on rough roads, getting lost, you start to rely on these strangers for help, you have to. This made me fall in love with documentary portraiture, as it was a way to capture and remember these sometimes fleeting moments we had on the road. The photographs become visual records; small snippets into the subjects world, capturing a sacred moment of vulnerability of the person you are photographing. During this process I learnt to cultivate a deep respect for this transaction. I feel lucky that I had the chance to do this expedition just in time before the virus started to spread. I have spent most of lockdown looking through and editing all the work shot on the trip. I have also been testing out a new Pentax 67 in a more domestic setting.

What artists inspire your work or capture your attention?

Recently, I’ve discovered Joel Sternfeld’s work, in particular Stranger Passing. The work in my eyes is some of the best documentary style portraits I have seen. He did this project while travelling across America with his large format camera back in the late 90’s. His images initially come across as almost banal, but if you look a bit closer, you start to see wonderfully strange details that alter your initial perception.

What are you hoping to gain from the Darwin mentorship?

I hope with some help and guidance I can take my personal projects to a progressed level of professionalism. I also hope to focus on my commercial and editorial practice as this is an area I’m lacking and want to build on. I hope the mentorship program can show me avenues within the photography world that I might not be aware of and that I can explore.

What can we be expecting to see from you in the future?

I would like to see myself taking on a lot more personal projects in the future that have strong narratives and progressive themes in the fight for change. I am in conversation with Good Chance Theatre (who produced The Jungle theatre production) to work with Handspring Puppet Company on a project where they are walking ‘Little Amel’ a 3-meter tall puppet of a young refugee child from the Syrian border to Manchester. This is an interesting project in the Pipeline.

It would be great if I could build on the crossover between commissions and personal projects in the future as I am also interested in developing a strong editorial portfolio.

To see more from Haydn during the mentorship, make sure you are following @darwinmagazine on Instagram

To see more from Cycle for Love, visit http://www.cycleforlove.com/