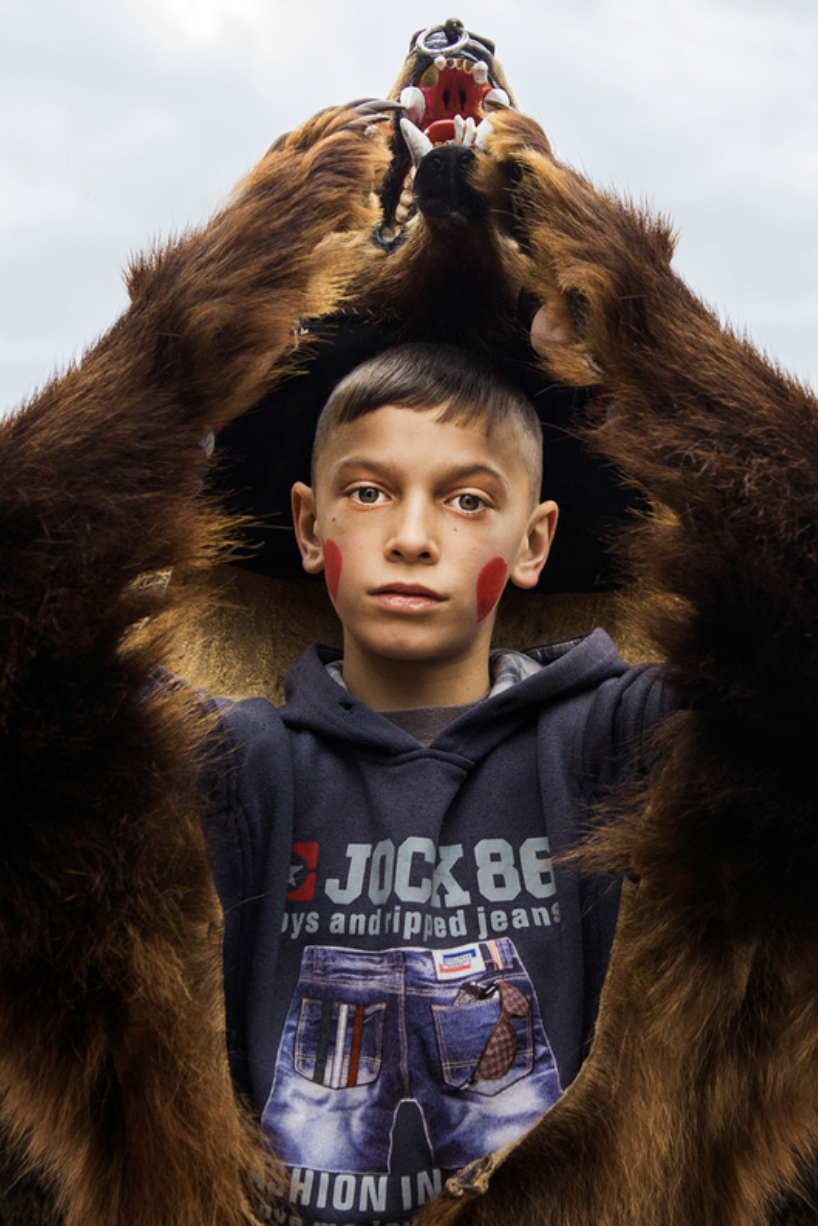 Drawing influences from the classics, Alecsandra Dragoi approaches subjects falling under the subject of documentary photography from both distant yet intimate positions. There is an urge to penetrate but also a strong restraint to not come too close to the point of attachment, that way creating a safe clear space amongst both sides of the story. Personal backgrounds have no trouble coming forth though: this series of portraits, each speaking from its own experience, constituting parts of a bigger picture, that of rural life and whatever comes along with it. And though “banality” would probably be the wrong definition, no other word could catch the essence of such circumstances.

Alecsandra Dragoi’s “Ritual” is set in Romaina’s countryside, by most considered to be the heart and soul of its old tradition, “where peasant culture remains a strong force and medieval life prevails”. Divided in two parts, it tends to document and pass through such occurrences, traditionally stuffed with strange meanings and symbols from another era. At first it attempts to introduce the “bear culture” concept via citing the differentiation between man’s masculinity versus the femininity found in the women’s costumes. Secondly, it digs deeper; what’s the benefit of all this? It must have some kind of impact on people’s everyday lives, outside the period these traditions take place. Alecsandra yet comes off with this: “they evoke death but bestow fertile life.” And she’s right, considering the fact that these occurrences all happen in a modern era with no clue as to why, other than paying tribute to old customs. The whole thing is a celebration of the sheer existence of any for of animal instinct left and found in today’s mechanical way of life.

“Accompanied by their Gypsy trainer and a youth beating a tambourine-type instrument, the animals crawl through the crowd. Reaching the centre, they perform a dance until eventually, the bears fall dead on the ground. After their hearts are taken by the trainer, they return to life: theoretically, a more gentle one. Even today, more bears exist in Romania’s Carpathian Mountains than any other place in Europe and this ancient rite siggets the power of man to take nature.”

Go through Alecsandra’s body of work and you’ll find plenty of scenes of such instances. A somehow picturesque aggregation of moments documented with high concern and serious affection. Having recently graduated from the University of Portsmouth and with not few awards/exhibitions already on her side (she recently won first place at Sony World Photography Awards 2013), the now 21 year old UK resident Alecsandra has quite a bright future in front of her. “Ritual” has turned into a photography book with the help of the IdeasTap arts charity and also on its way is “Success Without Borders”, another one of her projects – in a way quite autobiographical. Having left Romania herself, her projects deeply explore notions of migration while honoring Romania’s rich tradition, always through a nostalgic touch and an ever evolving interest to experience its offerings. Why not join her?