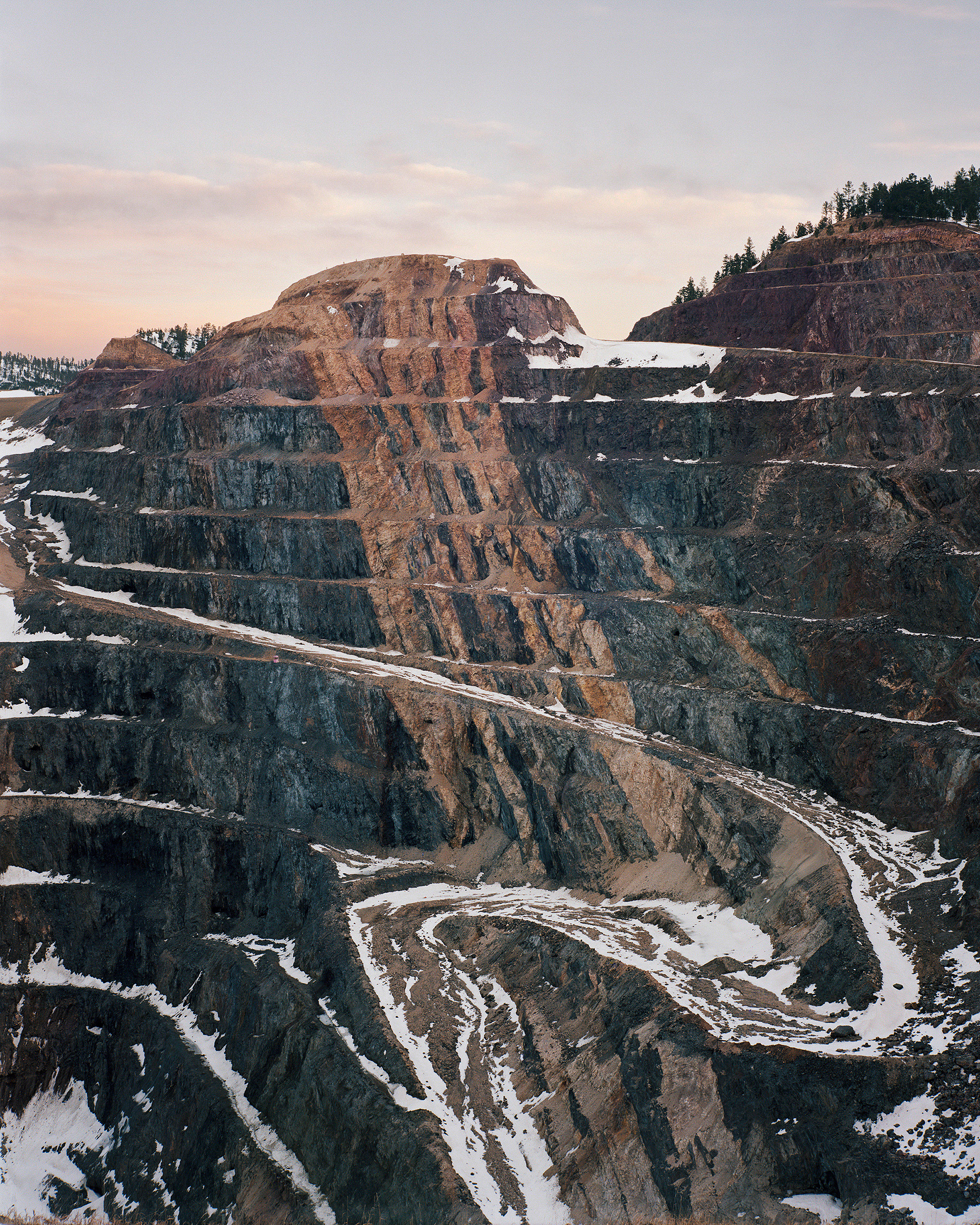 The American West is a fabled land, deeply rooted within American mythology. It is the birthplace of the American dream, an ideal built upon promise, freedom and prosperity. As a non-American, it has long fascinated me, since scraping the surface of its rich history in school and subsequent consumption of its many representations in 20th century popular culture; from depictions of the Wild West to the writing of Kerouac. Such is the richness of its mythology, I too have felt the whispers of the dream, and its powerful westward pull.

In Grays the Mountain Sends, Bryan Schutmaat reveals the reality of an AmericanWest that is not aligned with the narratives of old. Schutmaat began the project during late 2010, when Schutmaat was living in the small city of Bozeman, Montana, located in the American North West. During this period, the photographer became absorbed in literature about the region, with the writing of Richard Ford, William Kittredge, Raymond Carver and poet Richard Hugo igniting a long-held intrigue in the West’s history and mythology.  It was in the tough, often bleak realism of Richard Hugo’s work that really struck a chord with the photographer.

“The principal supporting business now is rage. Hatred of various grays the mountain sends, hatred of the mille, The Silver Bell repeal, the best liked girls who leave each year for Butte. One good restaurant and bars can’t wipe the boredom out. The 1908 boom, eight going silver mines, a dance floor built on springs – all memory resolves itself in gaze, in panoramic green you know the cattle eat or two stacks high above the town, town dead kilns, the huge mill in collapse for fifty years that won’t fall finally down.” – Richard Hugo

Scutmaat – continuing in Hugo’s poetic approach – began exploring the small mountain towns and mining communities located in the American West, capturing the atmosphere, landscapes and lives of the working people residing within. What we bear witness to is a stark contrast to the engrained mythology of this land, hope, freedom, prosperity and promise are no longer the reality in the contemporary landscape of today. With sensitivity and grace, we are guided through these small, often desolate towns. In each progression through Schutmaat’s imagery, the weight of time is palpable; a closed mine shaft, old rusting huts, broken down vehicles left to be reclaimed by the land. This sense of weight of time is present too, in the quite extraordinary portraits of men who work in these towns. Appearing old before their time, worn down by the hardscrabble life they have led, each of these faces hint toward the continual narrative present in GTMS; a narrative that weaves together man and landscape, highlighting the intrinsic relationship between them and how, in many ways, the stories of these men run in parallel to the towns and indeed the nation they belong to. Perhaps one of the most poignant examples of this is below, in which a bleak tired cemetery is overlooked by an illuminated mountain range in the distance. This is the resting ground of the forefathers who have shaped these lands – perhaps having lived and worked their entire lives here – as the next generation struggle on in the same stoic fashion.

Schutmaat’s portraits of the younger men of these towns evoke a more romantic notion; one which is infused with an ancestral hope of reinvention. Hope of escape, of freedom. Hope to dream. A hope that was perhaps felt by their ancestors as they ventured west to a land full of promise and opportunity. We can only wonder what will become of these boys – will they get out of this town or will they end up like the “old timers who are worn down by the mountains around them”?

“Say no to yourself. The Old man, twenty when the jail was built, still laughs although his lips collapse. Someday soon, he says, I’ll go to sleep and not wake up. You tell him no. You’re talking to yourself. The car that brought you here still runs. The money you buy lunch with, no matter where it’s mined, is silver and the girl who serves your food is slender and her red hair lights the wall”.

Grays the Mountain Sends, much like the works of Hugo that inspired it, explores a contemporary American West and is unwavering in its frank realism. Though it might be perceived as bleak depiction, this narrative is laced with a romantic poise, produced with cohesion and sensitivity. It is not a cynical, or politically motivated work. It is poetry, quietly tipping its cap to the ‘ordinary man’. It does not pity these men. Instead it admires the dignity of these individuals who endure and challenge this vast, beautiful but uncompromising land presence in our modern age. Grays the Mountain Sends positions the contemporary reality alongside the rich mythology of the West, sensitivity posing questions; how long will people continue to endure? Has the hope of rejuvenation diminished, just as the mines did year before? What does the West promise now?